On a calm mid-summer morning near the Dartmouth College campus, a rowing shell glides up the Connecticut River. Mist rises off the dark water. Later the day will turn steamy and languid, but right now, the conditions are perfect for rowing.  Eight oars flash in unison. Blades dip into the flat water and catch. The boat — long, sleek, black — surges forward on the pull. It’s a racing eight: four rowers on a side, one coxswain steering and directing them. A small motorized launch carrying a coach and observers follows alongside.

This could be a training camp. Or a collegiate crew training for summer races. But it’s neither — it’s a special opportunity for a half-dozen girls from Aloha Camp. Women from the Upper Valley Rowing Foundation, a nationally competitive community-rowing program based near Dartmouth, have invited the Aloha campers to spend a morning on the Connecticut with one of their coaches.

The girls had gotten up extra early, closer to 6 am than 6:30, to take advantage of the opportunity. They look like a team in their dusky blue T-shirts, the color of the morning sky. And in a sense, they have been a team. They’ve spent hours together on the water at Aloha, encouraging each other, pushing each other, learning from each other; they’re among the camp’s most dedicated rowers. As beginners, they’d sat down by the docks on Lake Morey and practiced the basic rowing motion in one of the camp’s two wooden “fours,” for two rowers on a side. (Aloha families had donated the boats years ago for use by the campers.) As novices they’d gone out in those shells, accompanied by counselors, at first rowing in pairs, then progressing to rowing all four as intermediates. Some of them had risen to the advanced group — where they did harder drills, sometimes before reveille, and learned what it took to go fast together. Some of the counselors had brought rowing experience back with them to Aloha; but often the girls coached each other.

Now, they are learning from a real coach. Jason Cottingham putters alongside the eight in the launch, megaphone at his feet. He’d been a standout rower at the University of Alabama. He’d arrived in northern New England just a month earlier, and had brought his experience coaching master’s women to the Upper Valley Rowing Foundation.

The boat’s coxswain, Ellen Babbott, her blond hair pulled back into a ponytail and a plaid long-sleeved shirt over her T-shirt, turns 15 today. She’s never been in an eight before. Ellen had been recruited as a substitute cox the previous summer, because she was small enough to fit into the narrow hull of the boat. She discovered that more than size was a fit — her leadership skills made her a natural. This year, she’s one of the regulars down at the dock on Lake Morey.

As coxswain, Ellen is the only one who can see where the boat is going. She’s responsible for steering, avoiding collisions, and translating the coach’s commands to the rowers. This morning, she’s using a “coxbox” for the first time — a headset-and-speaker system that lets every rower hear her instructions.

On the Connecticut, Ellen looks directly into the face of stroke Deb Dufty, one of three masters rowers who’ve volunteered to join the Aloha girls in the line-up. Deb has coached, herself, and she’s the mother of teenagers. She knows that coxing a boat is an exercise in multitasking and persuasion. She also knows that it can be intimidating. She leans forward, smiling. Soon she and Ellen are joking. She tells Ellen with a wink, “Just remember — everything you say will be shared with the entire boat.”

Coach Cottingham puts the rowers through drills by fours. Maneuvering his launch close enough that all the rowers can see him, he demonstrates how he wants them to initiate the “catch,” the moment the blade enters the water and the rower levers the boat forward. He leans over his bent knees, body coiled. “Your legs start the drive,” he explains, pushing back and straightening his legs; “then the back, then the arms.” He nods to Ellen, she repeats his directions, and the girls start off, working through the technique drills.

They pass by a red barn. The mist has burned off and the day is already starting to heat up. Coach Cottingham decides the girls are ready for a lesson on feathering an oar. “You’re gonna stretch out and pause…” he says, and shows what he means by holding his arms straight out in front of him. “As soon as you start to roll up the seat, you’re gonna roll back the blade.” He waits for Ellen to pass along these instructions. For the first time all morning, she doesn’t immediately speak into her headset. Instead, she looks over at the launch. “What’s a paw-uz?” she asks, giving the word the same two-syllable pronunciation as the coach.

Laughter erupts in the eight and the launch. Someone says, “We speak draw-ul.” A couple of other scullers, two women, cruise past the girls in the opposite direction. “Beautiful morning!” one yells.

It’s no longer rare to see women in a rowing shell. The past three decades have seen explosive growth in women’s rowing. “Two things were big movers and shakers for women and rowing,” says Mayrene Earle, a former Aloha camper and counselor (A63-68, A*69-72).  Now a masters coach, she coached the MIT women’s crew for 19 years. “First Title IX opened up all sports for all women,” she says. That happened in 1972. “And the NCAA took over as an equalizer.” Athletic departments used scholarships in women’s rowing to balance the high number given for men’s football programs — and the opportunity spread the sport to secondary schools. Since women’s rowing became an Olympic sport in 1976, so many women have taken up rowing that now an estimated half of all rowers are women. This summer, 50 girls at Aloha have signed up to learn to row as beginners. Eliza Parsons, one of the counselors riding in the launch, says, “There’s always a waiting list.”

Eliza and Brooke Camarda, Aloha counselors, are examples of the sport’s growth. Brooke learned to cox and Eliza to row at Aloha. Brooke continued coxing at St. Paul’s School; one of Eliza’s criteria in selecting a college was whether it offered rowing. They are also examples of the deeper values that Mayrene Earle sees in rowing. “Rowing improves girls’ lives,” she says. “Emotionally it makes them stronger. It turns individuals into a team person.” At MIT — a place known for ambitious, often single-minded achievers — she saw the positive impression that rowing made on campus recruiters, who understood that rowers had, by definition, poured their individual effort into teamwork.

For the Aloha rowers on the river on this morning, the lessons run in the same channels. They may not be pushing themselves to the same high pain thresholds as the national-level rowers sharing their boat, but they are learning what it takes to move a boat fast, working together. They are working with a coach who cares about details and doing things properly, and working alongside strong, powerful women who are role models in more ways than one.

Arielle Drisko, in the three seat, has been rowing at Aloha for a couple of seasons. She has continued the sport back home, with a Boston-based rowing organization. In high school, though, she has had a complicated schedule and long days at school. Plus, she’s co-captain of her field hockey team. Much as she’d like to continue rowing, she can’t fit it in. At Aloha, she’s learning to teach. From her seat in the boat, she listens and watches. She sees how Jason Cottingham switches out different pairs of girls during the workout, notes drills she wants to remember.

Later, she’ll try to explain all that the little dock on Lake Morey has come to mean to her. “It’s so many memories…” she starts. “I learned to love crew here,” at Aloha, she says. “Here, it’s about teamwork, not whether we win a race. It’s a boat full of friends, working together as a team to achieve something great.”

A mile or so above Hanover, Ellen slows the boat to a stop and guides it into a full turn. The sleek, black eight points back down the river, toward Ledyard Bridge, and picks up speed. The sun is above the trees now, the sky still a bright blue through the haze. Ellen’s eyes widen, and the grin she’s had on her face the entire time widens, if that’s possible. “We are going soooo fast!” she says to Deb, who knows exactly what Ellen means.

Too soon, the girls help lift the boat out of the water and put it away. Then they gather around and break out into song (“Oh me oh my, we’ll get there by and by / oh my oh me, we’re happy as can be”). Then they sing birthday wishes to Ellen.

In a few days parents will arrive for family weekend, the end of the first half of the summer. Ellen will be leaving then, not going back home to Kansas City but on to Edinburgh, where she’ll join her high school theater group and perform at a Scottish festival. At some point during her rehearsals, or when it comes time to perform, or later at school, or in life, when something feels hard, or when she’s part of a group and grinning widely, she’ll remember this day, when she celebrated her birthday on the water.

In the end, the purpose of the morning has not been to get the girls athletic scholarships, or even to prepare them to race. It has been an old-fashioned purpose, one that drives everything that goes on Aloha: open doors to opportunity, give a fresh perspective, provide a learning experience; empower girls, stretch their sense of what’s possible, give them room simply to enjoy. All this has happened on the river on a summer morning — with a birthday song, to boot!

Author Kristen Laine writes and blogs about environmental education, women’s issues and children in the outdoors.  Laine rowed as a lightweight on the Radcliffe Crew and now competes as a Master with the Upper Valley Rowing Foundation. 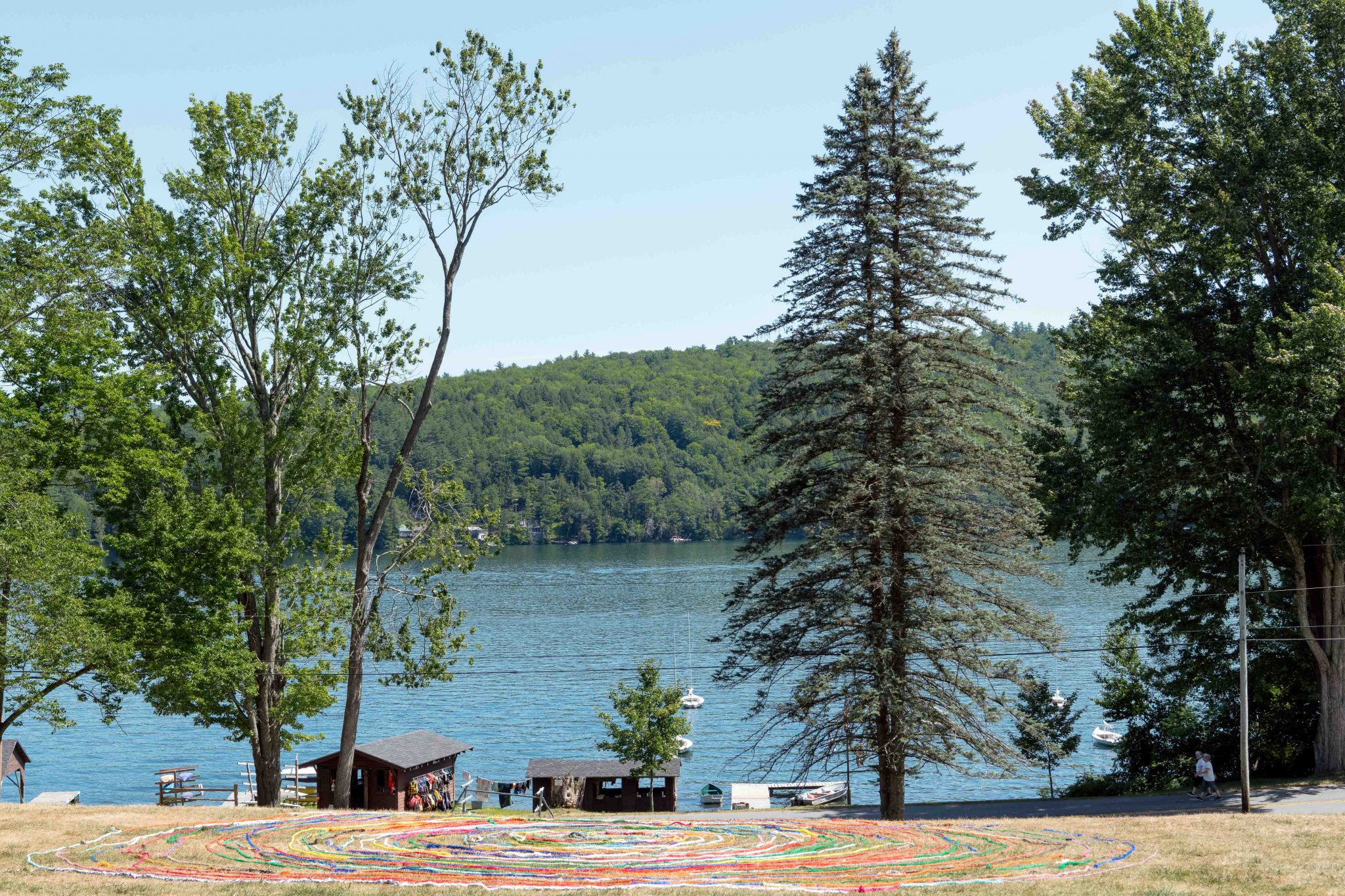 Is your child ready for overnight camp? 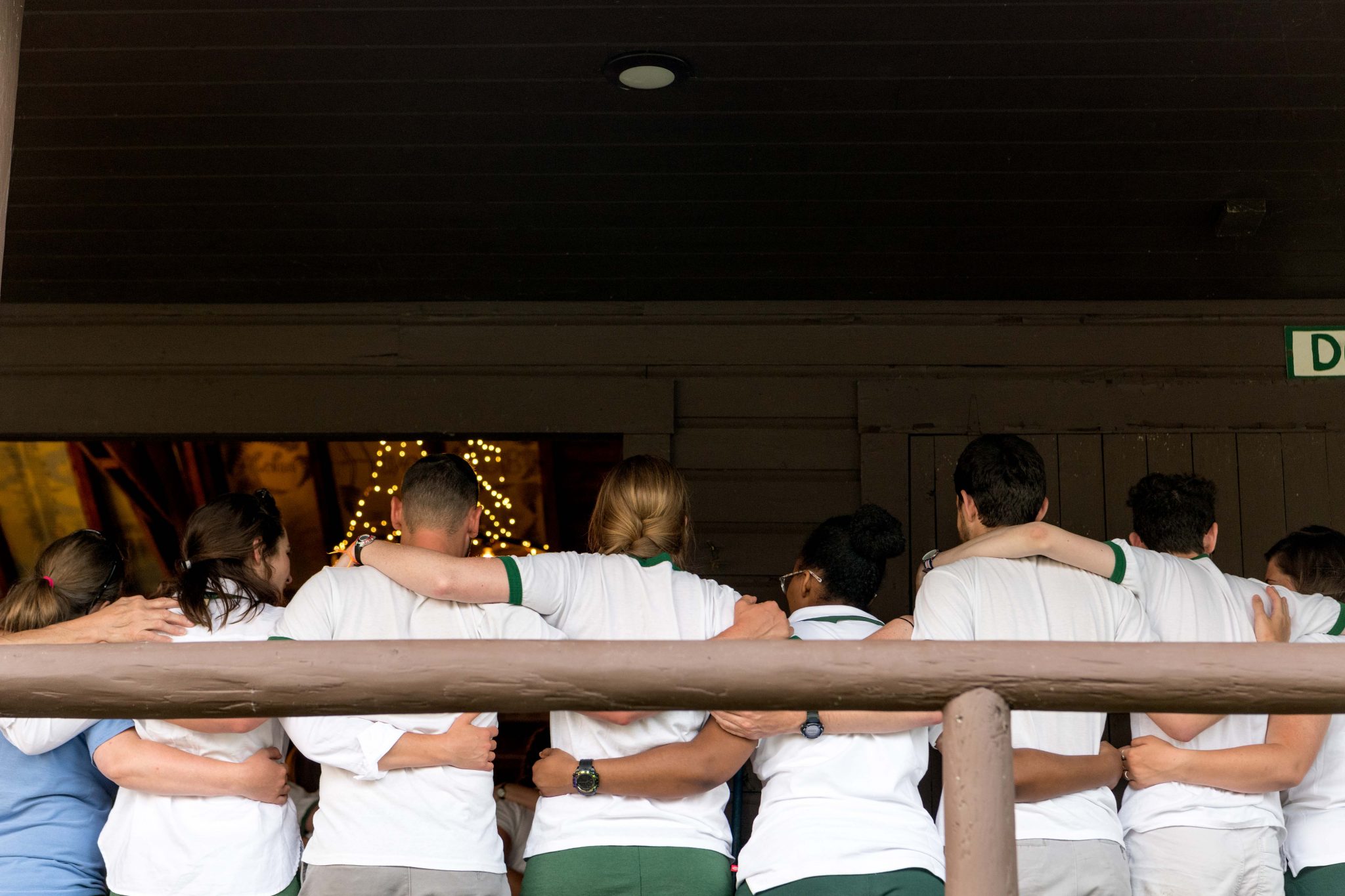 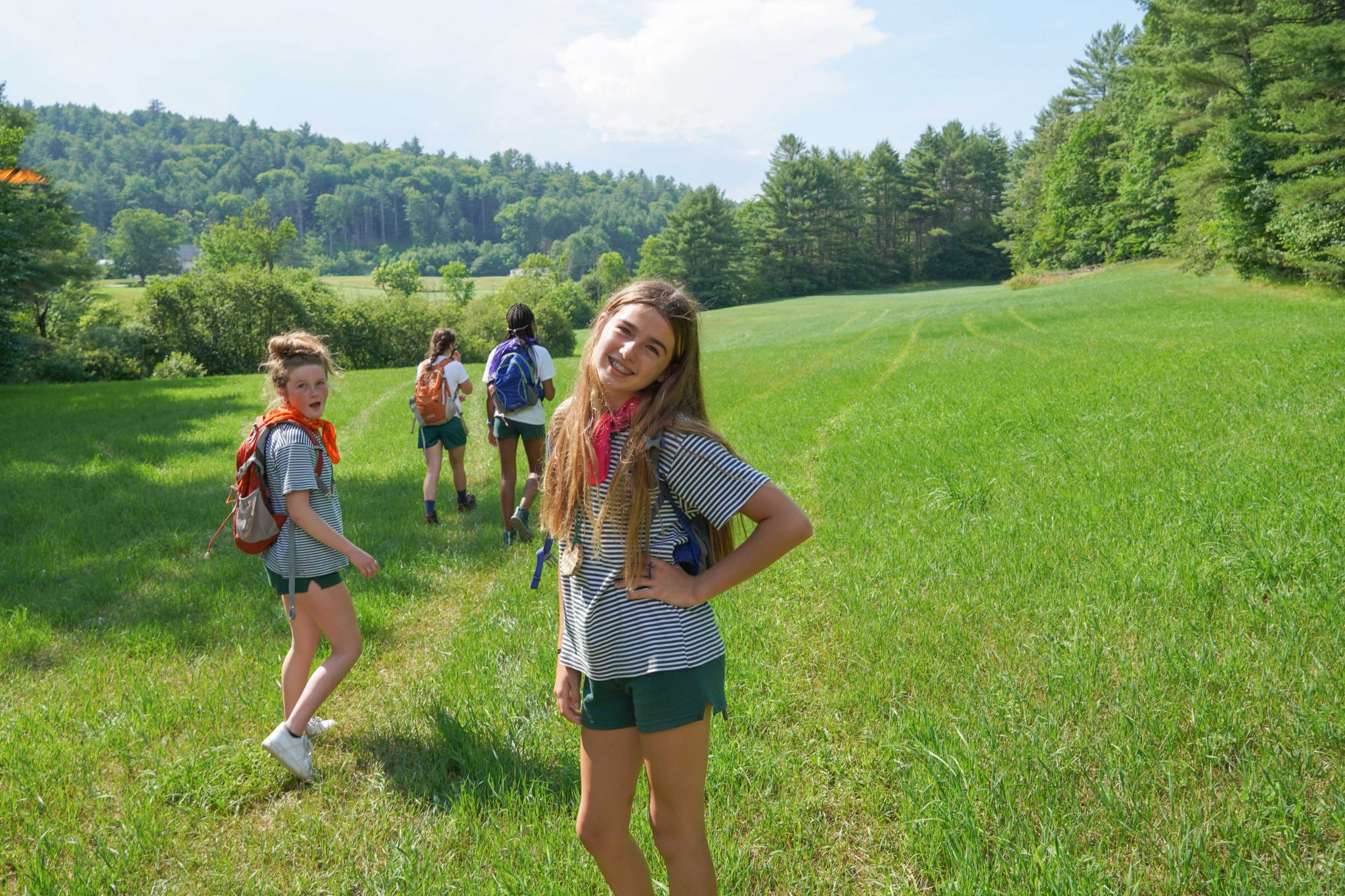