Are your children in a “Race To Nowhere” at their school? 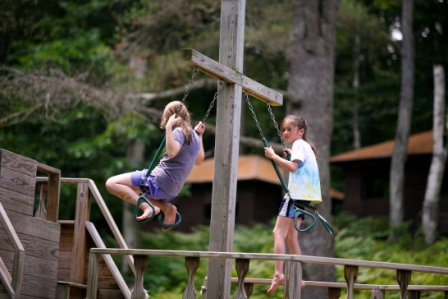 In 2009, Vicky Abeles’ 13-year-old middle school daughter, Jamey, began to complain of stomach aches after school. A Bay-area lawyer and mother with three children, Abeles began to question whether the pace set by her children’s school schedules, homework, sports and extracurricular activities was a negative factor in Jamey’s health.  Although not a filmmaker, Abeles ambitiously set off with a camera to explore the correlation between the health and happiness of today’s middle and high school students, and the competitive, success-driven curricula of America’s public schools. The result, Race to Nowhere, is a striking examination of America’s current public schools model, a standards-based curriculum promoting future successful members of the American workforce. Specifically, the film critiques the effect on teaching of the No Child Left Behind Act of 2001, which mandates levels of achievement in order for states to be eligible for federal funding. In other words, there is a world of exciting knowledge out there, but teachers are expected to “teach to the test.”

In cooperation with the Upper Valley Educators Institute and the Dartmouth Teacher Education Program, The Aloha Foundation is sponsoring an exclusive Upper Valley screening of the documentary film, on Thursday, April 28, 2011, at Hanover High School. Members of the Upper Valley community are invited to attend the screening, and then remain afterward for what is certain to be a lively discussion of the film’s themes and questions.

About the film, Aloha Foundation Executive Director Jim Zien asks, “Why would an organization that operates summer camps and year-round programs of outdoor education sponsor a screening of a feature-length documentary film about school in America? Race to Nowhere portrays the intense achievement pressures students, parents and teachers experience in today’s demanding educational culture — and the tolls those pressures exact on children’s mental and physical health, family life, and community well-being. A clear message comes through in the compelling stories the film tells of over-home-worked, over-scheduled youngsters in high school, middle school and even elementary school: no time exists in their test-driven, performance-defined lives for creative play, personal interest-focused learning, self-discovery or peer social engagement outside the classroom – and that’s a big, snowballing, societal problem.”

The first week of April brought education news of  local and national significance.  On April 1st, the front page of the Burlington (VT) Free Press reported that 72 Percent of Vt. Schools Miss Federal Performance Targets mandated by No Child Left behind. In fact, “No school in the state improved enough this year to get out of the standardized testing doghouse.”  School size, English language speakers and relative affluence of a community play into the complex statistics, but critics and fans agree that achieving 100% compliance in Vermont is unlikely. Darren Allen, communications director at Vermont-National Education Association is a critic of No Child Left Behind, telling the Free Press, “It creates absolutely incorrect impressions about what is going on schools.”

On a national level, April brings admission news of the best and worst kind to college-bound seniors. On April 1st, The New York Times hosted a discussion by a panel of educators titled, “Why You Were Rejected,” in which educators, researchers and administrators spoke to the declining acceptance rate at many of the country’s most selective colleges and universities. The chicken or the egg question comes up as parents, educators and applicants ask whether more and/or better students are creating the low (mostly 10% and below) percentage of admitted students, or, whether it is simply easier, in our digital world, for students to simply apply to more places, bumping up the overall number of received applications. Either way, the numbers work to a college’s advantage, creating an aura of desirability at the most selective institutions.  Mark Bauerlein, a professor of English at Emory University and a fellow at the James Madison Program at Princeton University wrote, “Parents and students put all the power and discretion in the hands of admissions offices at the elite schools. They hope and pray, ‘Please favor us, not them.’ They should realize that colleges do the same. Colleges want to maximize the applicants that they won’t admit. It’s perverse, but true.”

Race to Nowhere challenges some of the conventional wisdom surrounding the current educational situation in America.  Throughout the film, critics wrangle over the flaws in the well-meaning No Child Left Behind Act, parents lament the environment in which children, even middle-school aged, acknowledge that going to a “good school” is the ticket to a “good job” and subsequent “success.” The obvious problem is that everyone is racing to one, narrow version of success and happiness.  In the New York Times piece, Stephen Joel Trachtenberg, president emeritus and university professor at George Washington University, suggests that, “We have created a monster and a myth: earn a place at an Ivy League institution and the balance of your life will be a bowl of cherries, with a great job, wonderful spouse, perhaps even a Nobel Prize will follow shortly after graduation.”

Race to Nowhere suggests that families reconsider their definition of success, and question whether spending childhood years in school dedicated only to academic perfection, multiple dynamic extracurriculars, elite college acceptance and then high-paying career choices as possibly a waste of a very special time in a child’s life.  Jim Zien reflects on the significance of a camping organization sponsoring an educational documentary in its community, saying, “Camp environments and outdoor experiences provide children with essential opportunities not only to regroup from school in natural, nurturing settings, but also to gain critical perspectives on what’s truly important in life – pursuing personal passions; connecting with their inner selves; forming and maintaining strong friendships over distance and time.” Zien continues, “As educational professionals and youth mentors in an outdoor context and responsible caretakers in loco parentis for school-age campers, we are committed to sharing important information and insights about children with parents and teachers. Presenting Race to Nowhere in our community is a manifestation of that commitment.”

We hope that members of our community will join us, Thursday April 28th at 6:30 p.m. at Hanover High School, to view the film, stay for a discussion period afterward, and consider the questions about the current state of public education in our country.  If you’re not in our area, ask your local school if they’ll sponsor a screening in your area.  The issues covered in this film are of interest to everyone.  After all, it takes a village to raise a child.

Laura Gillespie is the Communications & Alumni Relations Manager at The Aloha Foundation, as well as an alumna of  Aloha  Hive and Aloha Camp, and has been a Horizons and Lanakila parent. 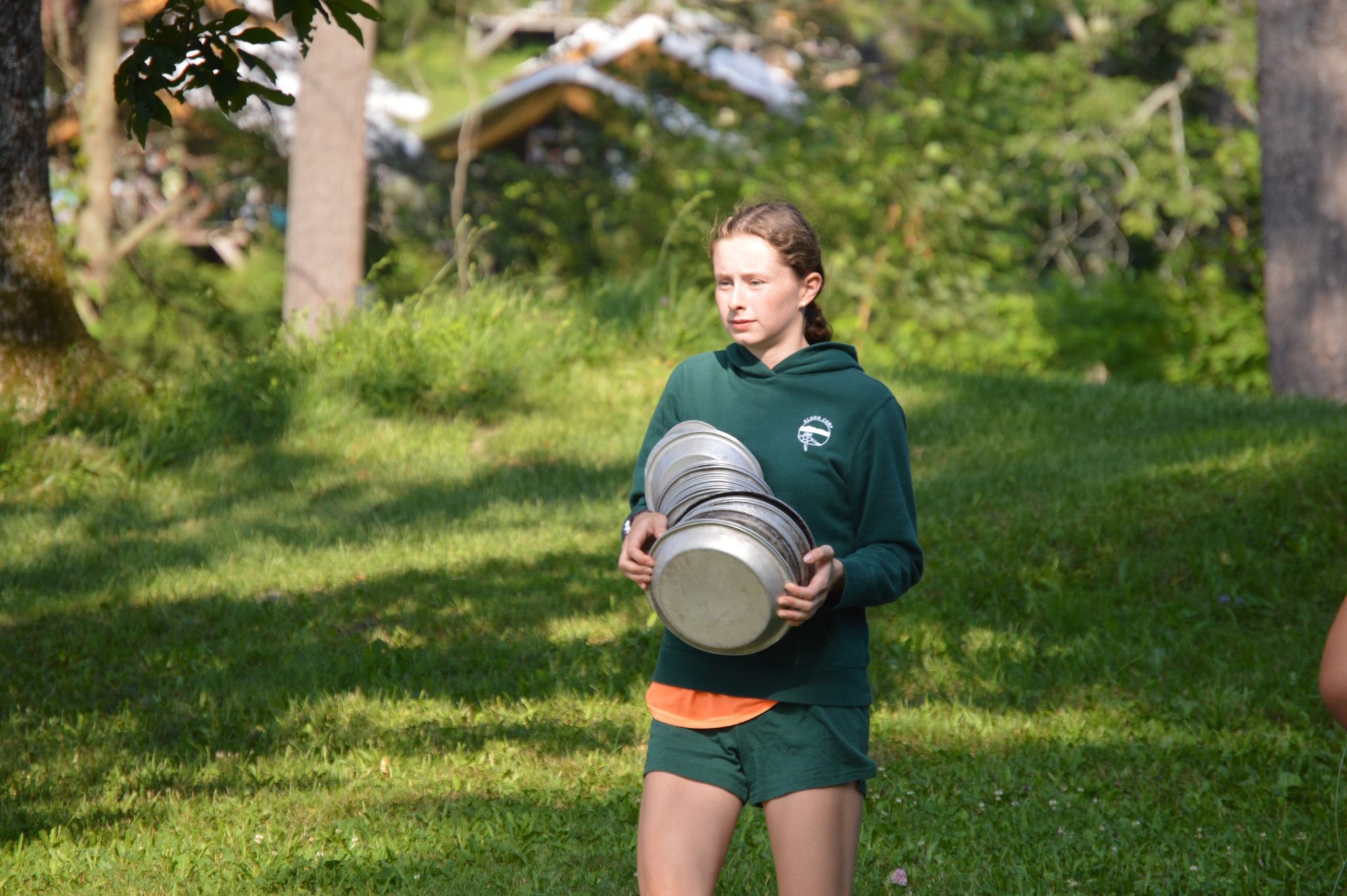 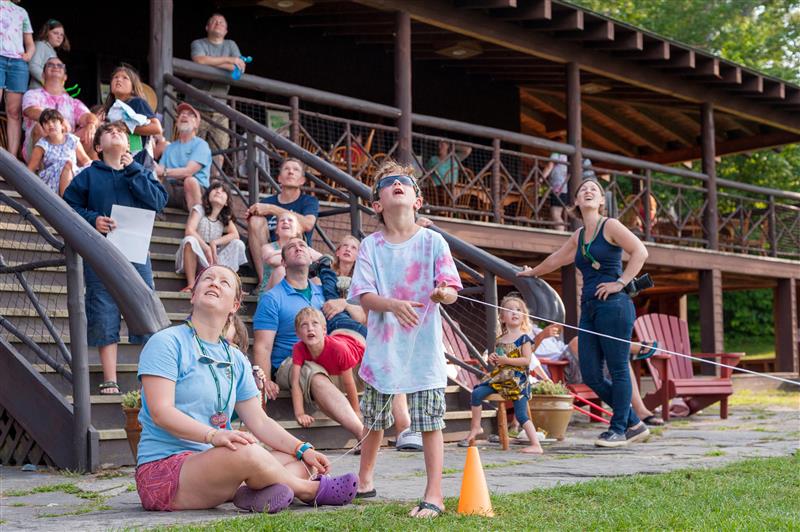 Don’t Be Afraid of This (Maybe) New Normal. We Are All Here Together.