Battle Cry of the Tiger Mothers 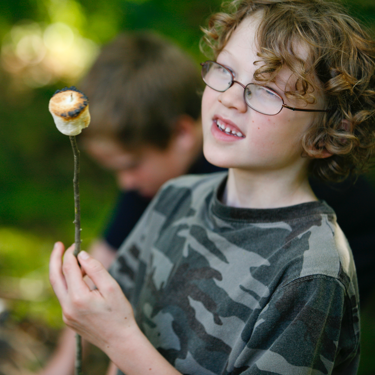 In the last few weeks, much of the blogosphere was reacting, possibly over-reacting to the debut of Amy Chua’s book, Battle Hymn of the Tiger Mother, featured in an article in the Wall Street Journal. If you somehow managed to miss the uproar, Chua’s book is subtitled, “This is a story about a mother, two daughters, and two dogs. This was supposed to be a story of how Chinese parents are better at raising kids than Western ones. But instead, it’s about a bitter clash of cultures, a fleeting taste of glory, and how I was humbled by a thirteen-year-old.”  More than a parenting manual, Battle Hymn is a memoir of Chua’s life as a Chinese-American mother, married to a non-Chinese husband, managing their family’s child rearing according to traditional, and strict, Chinese methods. Among the rules imposed upon Chua’s daughters were the following no-no’s:

Predictably,  there was a flood of criticism in the media over Chua’s methods for molding high-achieving and super successful children. Without having even read the book, many literally took it to be a how-to parenting manual, or worse, a broad rebuke of a “western,” or, “overly permissive,” parenting style. The reactions ran the gamut from scathing, and at times anti-Chinese attacks on Amy Chua, to complete agreement, on her methods for raising high achieving children.  Indeed, Chua’s daughters, Sophia and Lulu, have had great academic and musical success, and would make any parent very proud.

Instead of trying to decide whether Chua’s Chinese method, or our ostensibly “permissive” American method child-rearing is better or best, let’s consider what might be missing from either parenting style in some families.  Following the initial piece in the Wall Street Journal, David Brooks wrote an op-ed piece in the New York Times titled “Amy Chua is a Wimp. This provocatively titled piece sat at the top of the Times‘ list of “articles most frequently e-mailed,” and “blogged,” for over a week, and contains an interesting premise about what children lose when parents dictate their every decision and choice. As Brooks writes, “I have the opposite problem with Chua. I believe she’s coddling her children. She’s protecting them from the most intellectually demanding activities because she doesn’t understand what’s cognitively difficult and what isn’t.” Brooks believes that the toughest tests as children navigate through life are those best managed without parental control or supervision.  Any child can be controlled into good behavior, long hours at the piano, good results with intensive tutoring, but how will this child manage the intangible maze of human relations and group dynamics?  Brooks continues, “Where do they learn how to manage people? Where do they learn to construct and manipulate metaphors? Where do they learn to perceive details of a scene the way a hunter reads a landscape? Where do they learn how to detect their own shortcomings? Where do they learn how to put themselves in others’ minds and anticipate others’ reactions?”

One of the most important tenets for participants in any of The Aloha Foundation programs is Success Counseling, our philosophy for helping campers, counselors and staff become more adept at handling challenges over which they have no control. Frequently, one of the hardest aspects for a parent of a child attending camp for the first time, is having to let go of their guidance or control over the day-to-day, even minute-to-minute, events in their child’s life.  When a camper writes home acknowledging homesickness, or a struggle with a tent-mate, it often feels easier for a parent to want to phone the Director and somehow, even from afar, manage a solution or mitigation of their child’s problem.  What a Director, or counselor, would tell that parent, is that not only has the problem likely been forgotten, but that with careful guidance, their child managed to find a resolution from within, without being told what to do. By taking responsibility for their feelings and choices, children feel empowered and gain confidence in their ability to manage future challenges.

One reason that Chua’s book, and the subsequent uproar, struck a chord with so many parents is because we all worry that we might be missing some key to raising a happy and successful child.  Any parenting conversation at a playground or dinner party is likely going to feed into our anxiety about doing a sub-par job with our own children.  Whose children have special tutors? Which child spent the summer at a high-performance sports camp? Why did a neighbor pull their child out of the public high school to send them to private school? We frequently compare and worry that our efforts don’t measure up. One of the most loving gifts that a parent can give a child however, is time and space to figure out some of the answers on their own. When a camper in one of our programs butts up against a challenge, and neither mom nor dad is nearby to jump in with a solution, a child needs to find the answer within themselves.

There are many loving paths to successful child-rearing along a spectrum from “strict” to “permissive,” and even the most conscientious parents make mistakes along the way.  Many child psychologists would agree however, that giving a child the tools to feel confident about finding their way through life’s ups and downs on their own would be a lasting gift, and a sure step on the path to success and happiness.

Laura Gillespie is the Communications & Alumni Relations Manager at The Aloha Foundation, as well as an alumna of  Aloha  Hive and Aloha and a Lanakila parent.