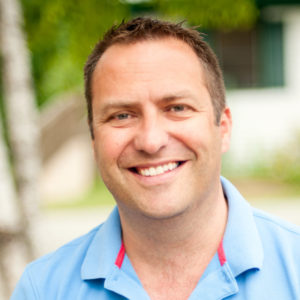 Jason first joined Aloha in 1997 as the Foundation’s camp driver. From 1998 to 2006 he served variously as a counselor in Athletics and Head of the Tripping and Wilderness Department at Lanakila; coordinator for Counselor Certification Week; instructor for Designated Trip Leaders; and Program Director for Aloha Family Camp. British by birth, Jason attended college and graduate school in England. He has taught history and politics and held administrative positions in Student Services at New England College in New Hampshire and Suffolk University in Boston.

Jason rejoined the Aloha Foundation in January 2012 as the Director of Hulbert. In addition to overseeing all Hulbert programs, Jason ran the summer and New Year family camp weeks and brought his varied experiences in teaching, mentoring, leadership, and workshops to help expand Hulbert’s mission-aligned programming for schools and professionals. In summer 2022, Jason became the Foundation’s Chief Operating Officer. Jason met his wife Katie in the summer of 1998 when they were counselors at Lanakila and Aloha respectively. They have two sons, Will and Alex, who are now campers at Lanakila.