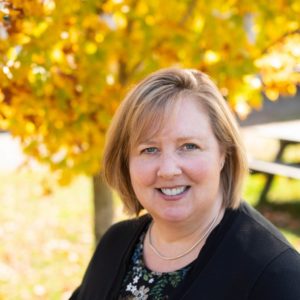 Jenn joined the Aloha Foundation as communications director in 2017. She has undergraduate and graduate degrees from Middlebury College and spent two academic years living in Paris. After five years as a K-12 French teacher, Jenn began a 14-year career in the Dartmouth College Advancement Office.

Jenn spent her first summer at Aloha Camp in 1972 when she was not yet a year old and her parents, Posie Taylor and Biff Fink, were Aloha counselors. Posie became Hive’s Director in 1977, and in the decade that followed, Jenn spent time at Hive and Aloha as a camper and counselor. Jenn lives in Lebanon, NH with her partner Michael. Her daughter Kate spent eight summers as a camper and was a Hive counselor in 2022.