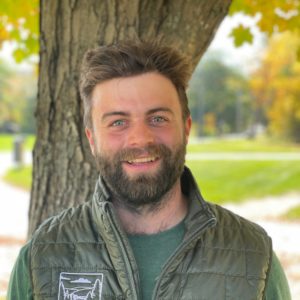 Norman Kalen, from Wakefield, Rhode Island, is returning to Hulbert for his fourth season this fall. After graduating from the University of Connecticut in 2017 with a degree in Psychology, Norman arrived in Fairlee. Norman was familiar with the Hulbert Outdoor Center long before becoming an instructor as he attended Summer Family Camp with his family in 2005. In 2006, he became as a camper at Lanakila and has always enjoyed being outdoors and playing sports, playing soccer through college and teaching tennis for the past 9 years. This summer Norman spent his thirteenth summer at Lanakila as the Head of Tennis, a Designated Trip Leader, and as a leader of the Counselor-in-training program. “As a young child, most of my role models were counselors that I had met right here in Fairlee. Now, as an adult and educator, it’s been my goal to be that kind of role model for students and participants coming to Hulbert, giving them the transformative experiences that I had when I was their age”.