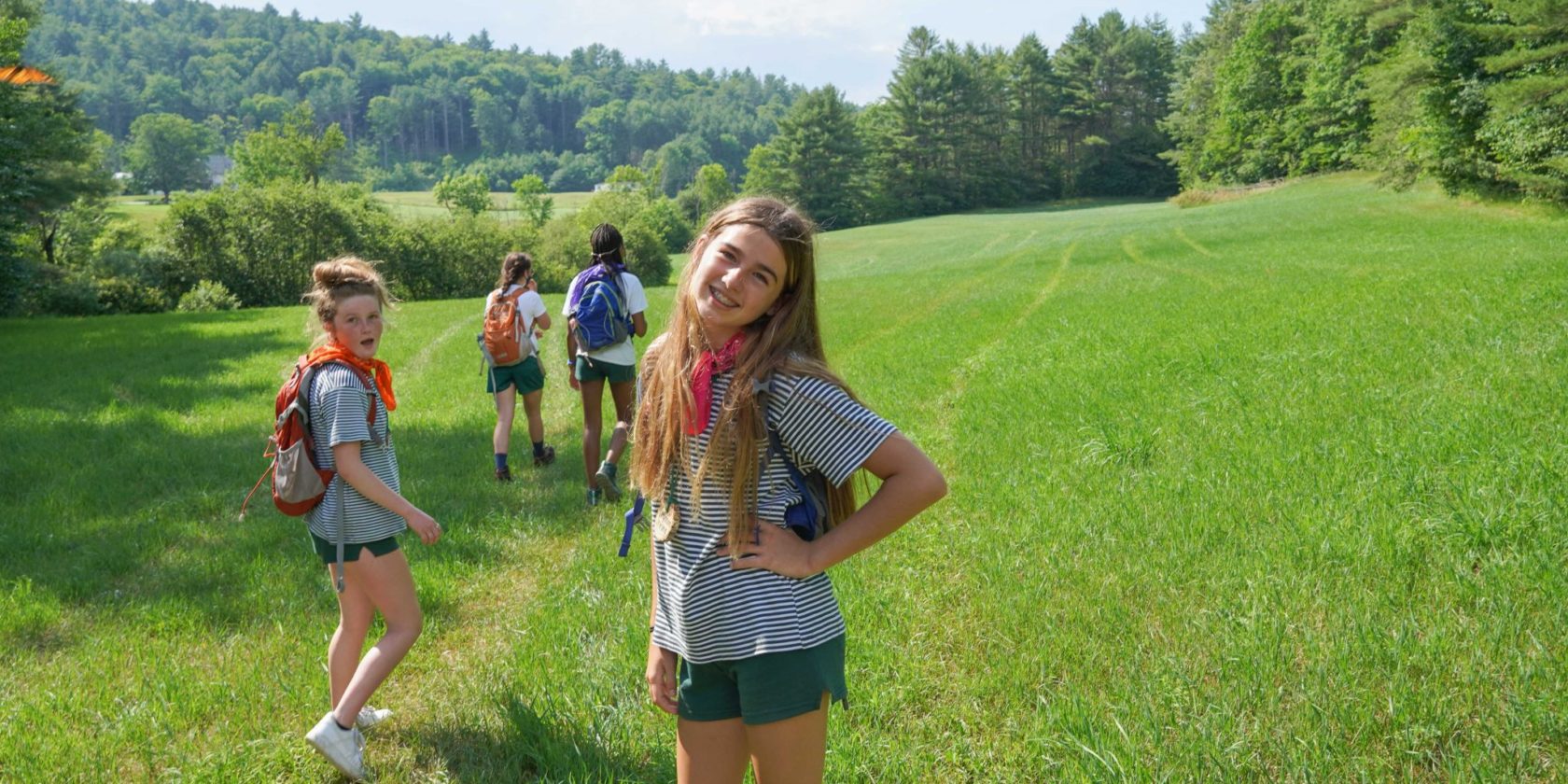 Meg Hourihan was an Aloha camper and counselor in the 1980s, returning in 2019 to Aloha as a canoeing counselor and “Odd and End.” Meg, her son Ollie (Lanakila camper), and daughter Minna (aka Ralf, Hive camper), live in Warren, Vermont.

In 2016 my children spent their first summers at Lanakila and Hive and when I learned about an online photo album for parents, I was surprised by my own reaction: sudden and absolute refusal to have anything to do with it. It’s not like my kids were older or had been to other overnight camps. My son had just turned nine and my daughter was six. At the time, it was the longest I’d been apart from my son since his birth.

An email after drop-off shared the link to a protected website where photos would be posted. While there were no guarantees my children would be included in each album, I would be able to see what was going on at camp. It felt like a surreptitious view into their summer worlds.

“I’m not checking that,” I found myself saying. Until that moment, I hadn’t realized how strongly I felt about allowing my children to narrate their own experience, to live independently, to respect their agency while away from home.

It’s easy these days to know what our kids are up to. We can watch them via their social media postings. We can check their grades online before they get home to share that history test result. We can even track their real-time location via mobile devices. We can know — in a way that was never possible for prior generations of parents — what our children are doing, nearly all of the time.

I don’t want to know.

I’ve found my parenting to be guided by one simple belief: my children aren’t mine. They are their own people, endowed with their own agency. The seven weeks they spend at Lanakila and Hive are their own. What they choose to do with that time, and what of that time they choose to share with me, is up to them.

Sending them to camp for so long is hard. Many people are astounded when I say my kids will be gone for seven weeks, “Won’t you miss them?!” Of course I miss them! Some mornings I wake desperately wanting to know what they’re thinking and doing. But parenting isn’t about me.

That first summer at Hive, my daughter could not yet read. I sent her letters, but received very little in response

Once my son sent me a “letter” that contained a perfectly sketched pencil.

Subsequent summers involved slightly longer letters. A bike trip. Feeding goats. Swim tests finally passed! But I stayed away from the photos, instead giving my children the choice of what (if anything) to share of their camp experience.

For nearly eighteen months now, the COVID pandemic has diminished the agency I so strongly supported. Our family is home together all the time, our privacy gone. This summer’s gift of camp feels so valuable and needed, and with it, an opportunity to be apart from each other!

The summer of 2021 will provide our children a chance to find themselves again in the company of friends and role models, away from siblings and parents. To make their own choices about what to do with their days. How much tennis to play. What clay object to create. What book to read at rest hour.

Most importantly: we are gifting them a chance to do so without our gaze.

So this summer I’ll relish the opportunity my children have to create their own experiences. I will take advantage of traditional camp “technology,” I’ll check my mailbox and write my letters. I’ll hope every day to receive something in return, and I know I’ll be disappointed often. A few years ago, Ridge, the Director of Lanakila, suggested that parents not pepper kids with questions when they get home. He reminded us that the stories about their summer will unfold over time. Some do. Many never will. And that’s ok.

The choice will be theirs to make. 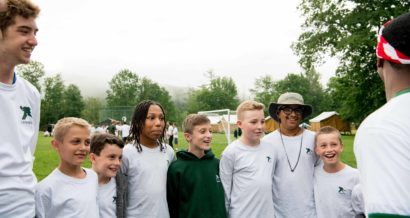