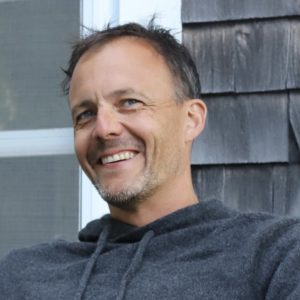 Bryan Partridge’s energy and enthusiasm for Lanakila is unparalleled. He is passionate about the transformative power of camp, which comes through in his lively conversations with campers, families, and staff, both new and returning, and in every aspect of his work.

Bryan first came to the Aloha camps as a 10-year-old camper in 1987. He went on to become a Bridger, Counselor, Department Head, Unit Head, and eventually the Assistant Director of Lanakila for eleven summers. In 2017, Ridge took the helm as Director and has continued to build and strengthen the program every day since.

Bryan received his BA from The College of Wooster, a master’s degree in Creative Writing from Dartmouth College, and his PhD in the Humanities from Union College. For the past 17 years, he’s worked as a Professor of Writing at New England College in Henniker, New Hampshire. Bryan lives in Etna, New Hampshire with his wife Kt, and his two daughters, Nora and Marley.