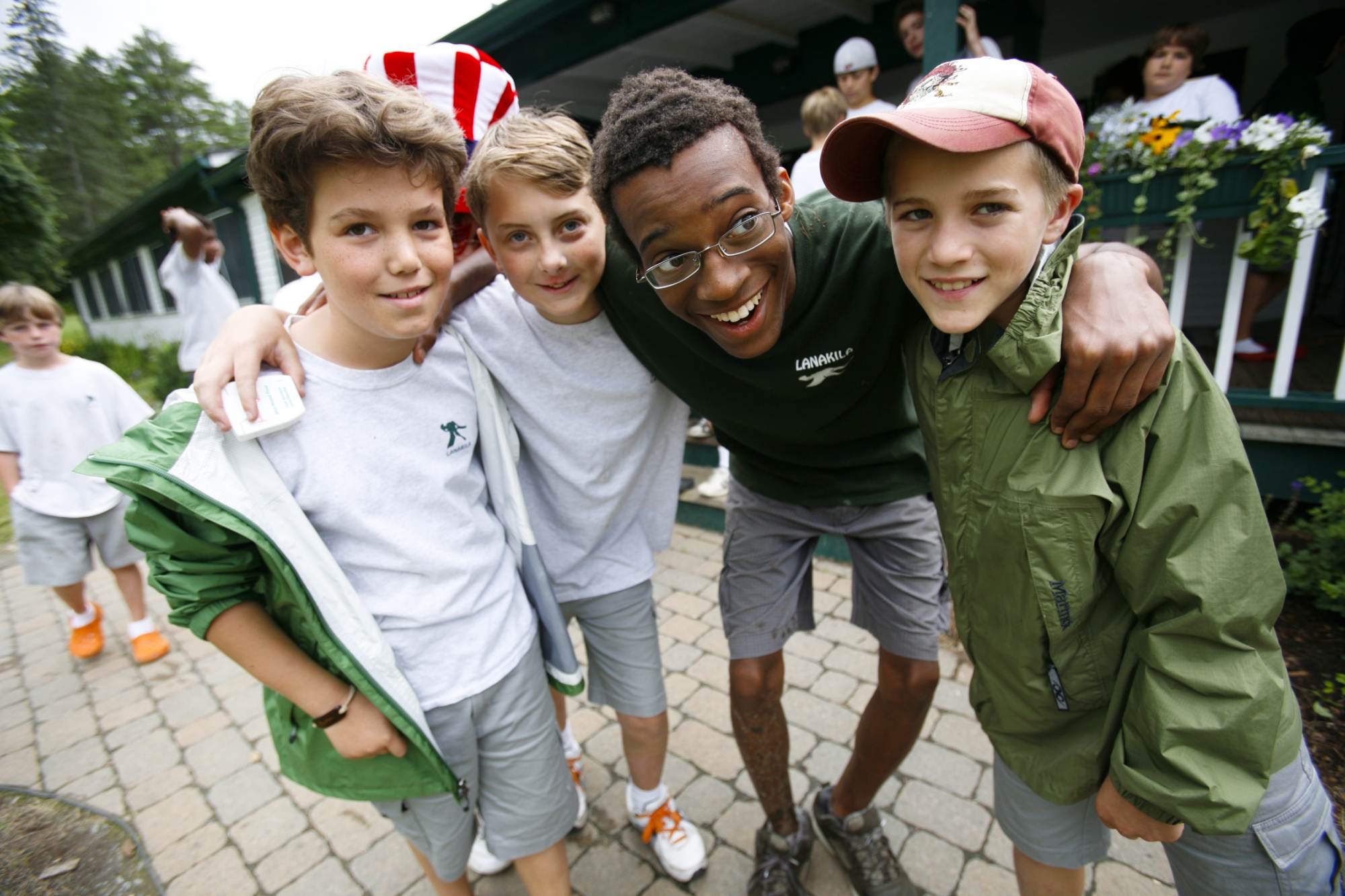 For the staff and counselors of the Aloha Camps, a new season means a new outbreak of seasonal sickness. Not the flu or even a summer cold — but homesickness, a discomfiting ache for home that can trouble mind, body, and spirit. Luckily for the sufferers, homesickness is generally not hard to cure. And reassuring for all of us, recent research highlights the successful strategies that Aloha staff and families have used for years.

Most children who attend summer camp feel some longing for home — an estimated nine out of ten, according to a 2007 study by the American Academy of Pediatrics. One in five children rate their distress as moderate to severe, and a much smaller percentage — between 6% and 9% — report intense homesickness.

Lanakila Camp director Barnes Boffey thinks that homesickness is a much smaller issue at Aloha Camps. “”It is very rare for us to send someone home because of homesickness, maybe two campers every five years, and even then the issue may be more the parent’s than the child’s.” he says. He treats homesickness, in part, as a challenge of imagination. “Our first question is ‘Do you want to continue to feel homesick?’ Most kids say ‘No.’ We ask ‘How would you like to be feeling?’ ‘Well, I’d like to have a good time.’”

“We don’t ask campers to shove aside their feelings,” he says. “They may continue to miss mom and dad. But we help them imagine what having a good time might look like. If they can’t imagine it, they can’t make it happen.”

Aloha alum and parent Patricia Manney has a double perspective on the subject. Her first camp experience, at age ten at a sleep-away camp in New York, was “horrific,” a clash of values and cultures that had young Patricia begging her parents to take her home. In advance of the next summer, Patricia and her parents looked for a camp that would be a better fit. They discovered Aloha. When she thinks back on her first year at Aloha, she doesn’t remember being homesick; she does remember being glad she was in a place that “cared about the person.”

Manney’s son Nathaniel Gruendemann was also 11 when he arrived at Lanakila for the first time. He, too, doesn’t remember more than a passing twinge of homesickness, even though home was across the country in California. His younger sister, Hannah, who started at Aloha Hive at age 7, felt the separation more keenly. She badly missed home for several days. But letters from her folks, meeting new friends, engaging in new activities,  and talking to counselors she admired helped her manage and eventually overcome her feelings of homesickness.

The experiences of the Manney and Gruendemann family are supported by current research. The sadness of being away from home affects almost everyone, adults and children alike. Younger children are more likely to suffer from homesickness, as are kids of any age who have no previous experience of being away from home. Strong support systems, both at home and at camp, help children overcome homesickness. Children gain confidence by practicing coping strategies. And skills they develop in their time away from home — independence, self-reliance, social skills, and openness to new experiences — prepare them well for later life.

It’s those life skills and the positive memories that allow Manney to look past any feeling of homesickness her children might feel: “I love my kids so much that I want them to have this extended experience away from me.” She also sees that her children appreciate what they have in their family life more after having been away at camp. “If you want your kids to value home,” she says, “let them be away from home. Your sense of loss, and theirs, is minuscule compared to what they’ve gained.”

Tips for preventing and treating homesickness:

Manney thinks it’s easier for kids to become integrated into a community during a full session. The first one or two weeks, she says, they’re figuring everything out, getting into the swing of things. They’re only starting to get it by the third week, right before the half-sessions end. Returning campers integrate much more quickly. When Nathaniel saw his parents halfway through summer at Parents Weekend, he felt sad. Not because he was homesick — but because he realized the summer was half over, and he had so much more he wanted to do before it ended.

Her advice to parents: “Trust the process. Aloha has been doing this for 106 years; they’ve got it down.”

“Aloha has one of the greatest senses of community and mission of any organization I’ve ever been involved with,” she says. “It maintains the best of what tradition has to offer, but in a way that lets kids define the experience as they see fit. Aloha seems to say, ‘All we want is for you to be yourself. Yourself is enough. Yourself is wonderful.’ The process is so beautiful that if parents trust in it, their children will bring that beauty home.”