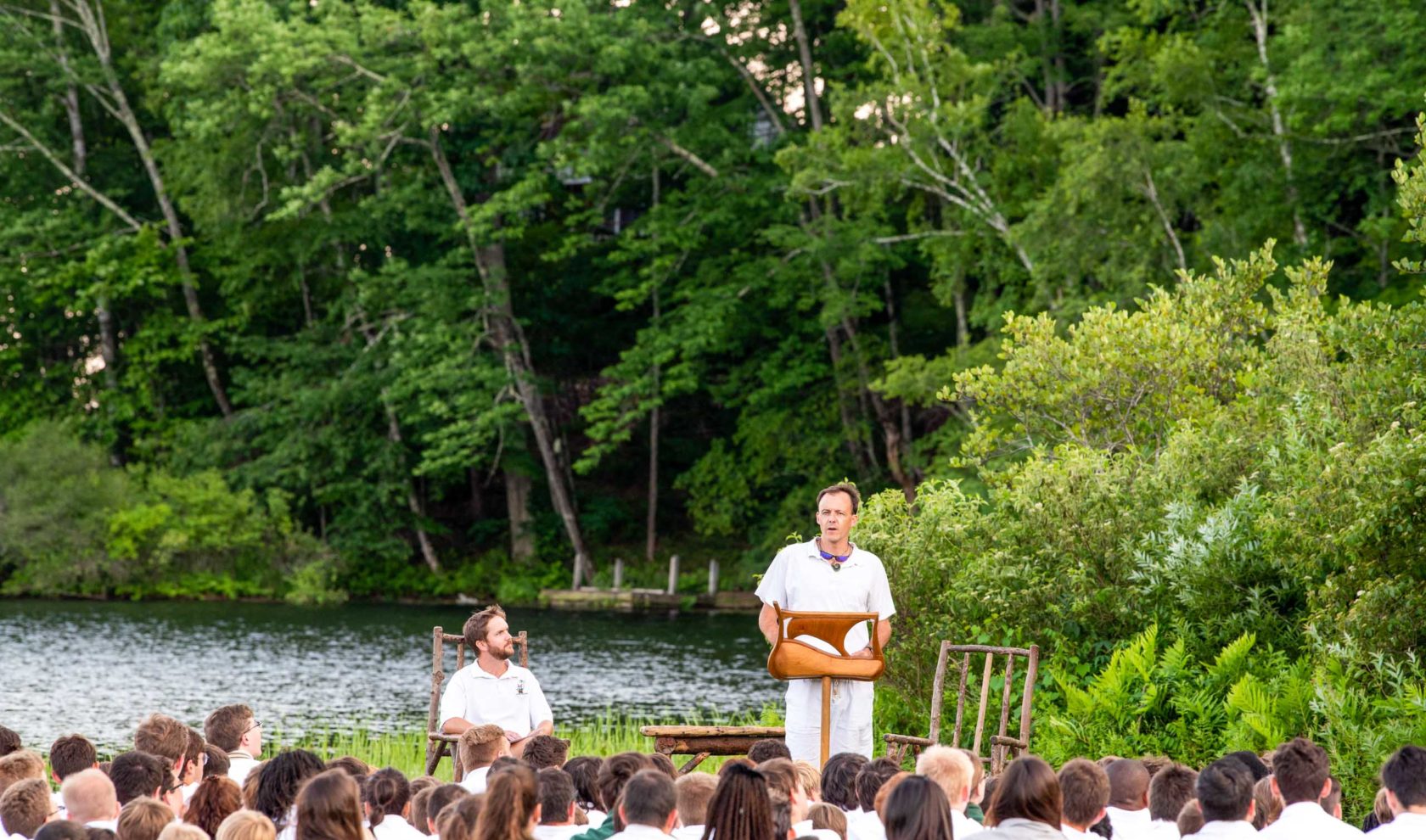 Counselors from the Alohas share how camp has made an impact on their lives.

During the 2019 summer, alumna Caroline Cunfer met with counselors at Aloha, Hive, and Lanakila to capture their firsthand accounts of camp’s impact. A talented interviewer with a graduate degree from the Oral History Master of Arts Program at Columbia University, Caroline understands the value of storytelling and skillfully guides our staff to articulate what matters most to them about camp.

We’ve chronicled their stories in a series of audio recordings and will share them with you here and on our blog.

Lanakila counselor Sara shares her experience as a female in a predominantly male community and the importance of having strong female role models in campers’ lives.

Charlotte, an Aloha counselor, shares how she arrived at camp—following in her mom’s footsteps—but she stayed at camp because she got to witness, firsthand the natural connections and lifelong community that form the foundation of Aloha.

Hive counselor Katrina discusses the introduction and vision for the Hilander project. While it was introduced to the campers as building a project together, it was never really about building. It’s an introduction to the power of giving back to the community you love.

Margaret, a Unit Head at Hive (and in 2021 Hive’s assistant director), discusses watching the trajectory of her former camper becoming the leader she is today.

Ross, a former Lanakila Unit Head, provides an example of how counselors are always looking for ways to ensure that campers are engaged, whether playing a game or watching. It is an anecdote that captures the full impact of the summer experience.

Oliver, a Lanakila counselor, shares a few stories on the power of teaching in the camp program. He touches on his own experience, blending the concept of friend and teacher, developing relationships of significance in the teaching process.

Clara, a Hive Unit Head, discusses a meaningful and important experience with a camper.

Jeremy, Lanakila’s Assistant Director, talks about the ways in which camp grows the whole person, creating the conditions to allow them to flourish both at camp, but also in school, at home, and with their friends.

Louisa, a recent Unit Head at Aloha, shares two stories. First, she talks about an experience of watching an older camper exemplify the Aloha values. Her second story connects nicely, discussing the power of surrounding ourselves outside of camp with people who represent our values, our way of being, and our definition of what it means to be a good friend.

Aloha counselor Libby discusses a meaningful interaction with a camper, where she entered the situation believing she would be providing mentoring and guidance to a camper in need. What she left the conversation with was something entirely different.

Hive counselor Gen recounts a time when as an Aloha camper she experienced deep disappointment and how she uses lessons learned then in her life as an adult now.

Ayana, a counselor in Arts & Crafts at Aloha Camp, remembers a moment when nature brought the entire community to a quiet standstill and talks about when something scary became peaceful.

Lanakila counselor Dewey shares a story of a spontaneous song that caught on and helped a table full of campers transform what would have been a mundane and undesirable task into a chance to rock out and have fun!

Babs, a Hive Unit Head, discusses the significance of camp relationships both at camp and in the outside world. Camp friendships are built on a core set of values and that includes our peers, as well as campers we had in our tents 6 years prior.

Eliza, a Unit Head at Aloha, discusses the concept of friendship as paramount in the ways our community members bring their best selves to help each other.

Zendelli, a Hive counselor, shares how finding a counselor she could connect to greatly improved her time as a camper—and impacts the kind of counselor she is today.

“It’s not about the things—it’s about the people.” Doug, a long time Lanakila counselor, shares his thoughts on the ways in which the camp program brings out the best in children. By allowing them to access their full selves through purposeful programming, they can challenge themselves within an environment of acceptance, fun, and learning.

The Aloha counselor and Hulbert instructor talks about how a camper’s initiative can make all the difference in a camp experience, even if it’s from simply encouraging others to have fun.

Growth asks us to make the choice to face down a challenge. Here, Tommy, a Lanakila counselor, shares a story of one such moment.

Gretchen from Hive speaks of a moment that all parents face: seeing her child take a risk.

Marina, an Aloha counselor and alumna, talks about how camp was just the push she needed to conquer familiar to many of us.

Hal, a Lanakila swimming counselor, speaks of a time when the whole camp got behind a camper’s goal.

To submit a staff application, please send us your name and email address. A member of our team will create your user account and email you with further instructions. Emails are sent Monday through Friday during normal business hours and may take up to 24 hours. If you have any questions, please contact us.